He is a living legend, a master swordsman, and a hero of the Elven Empire. He had led his Warriors home in victory from a war that had lasted centuries. 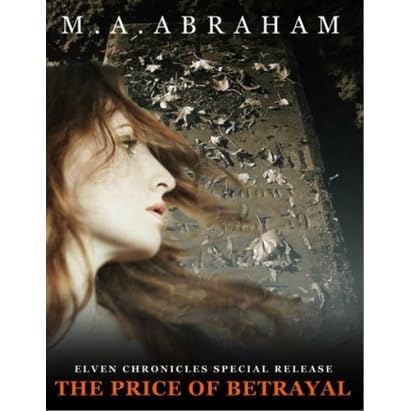 She is a force of nature, an Elven maiden trained in the art of survival by a Fae Warrior and she is just coming into the knowledge of her powerful talent. All of her life she has been able to converse with the forests about her. The leaves rustled their news into her ears, and the life force of the trees transmit their needs to her, for she is an Elf with a gift lost in legend. She is Eden, Guardian of the light of the Elven forests.

The trees shout her title. Her people whisper it in awe. When blue eyes meet silver each know they have met their life mate, but such things as not as quickly accepted as they are recognized. He would have order in his ranks, she must be free to mark her own trail, he would bind her, tie her, control her. She would test his patience and will to the limit, and challenge his rights to own what she would not give freely.

The forces of darkness are ever vigilant, searching for ways to erode the balance of power and take control. When subtle changes begin to permeate the fragile peace, new lives are drawn into the web of fate woven around all the races. The companions believe they have slain the evil Dragon Highlord Verminaard. They have rescued the refugees from Pax Tharkas and taken them to a valley in the Kharolis mountains. Raistlin Majere has become a Black Robe wizard and travels to Neraka, the lord city of the Dark Queen, ostensibly to work for her, though in reality he means to further his own quest for power.

But Takhisis finds out that the dragon orb has entered her city and sends her draconians to find and destroy the wizard who has it in his possession. Before her agents can strike, though, Raistlin finds out that Takhisis means to take control of all wizardly magic. At a lonely outpost on the edge of the world, two dragon overlords threaten to upset the region's fragile peace. One has entrusted Rose Knight Linsha Majere with a terrible secret.

When a magical storm hammers all of Ansalon, the precarious order is shattered, and Linsha must embark on a desperate quest to save the city from the onslaught of an unstoppable enemy. Only fragments of the account of Huma survived the Cataclysm that broke the world of Krynn. The fullness of his tale has never been told — until now. One man took up the call to defend the world against the Queen of Darkness. He was the first Hero of the Lance, driven by his devotion to the Oath and the Measure and his love for a silver dragon.


His life made him a hero. Here is the tale that made him a legend…. Sequestered in the blackness of the dreaded Tower of High Sorcery in Palanthas, surrounded by nameless creatures of evil, Raistlin Majere weaves a plan to conquer the darkness - to bring it under his control. Crysania, a beautiful and devoted cleric of Paladine, tries to use her faith to lead Raistlin from the darkness. She is blind to his shadowed designs, and he draws her slowly into his neatly woven trap.

A mage's soul is forged in the crucible of magic. Raistlin Majere is six years old when he is introduced to the archmage who enrolls him in a school for the study of magic.

There the gifted and talented but tormented boy comes to see magic as his salvation. Mages in the magical Tower of High Sorcery watch him in secret, for they see shadows darkening over Raistlin even as the same shadows lengthen over all Ansalon. Finally, Raistlin draws near his goal of becoming a wizard. But first he must take the drea Test in the Tower of High Sorcery.

It will change his life forever - if he survives. The Kingpriests have reigned for centuries in the name of Paladine, the supreme god of good. But danger lurks in the empire's heart. The Kingpriest has foreseen his own death, and dark forces converge on the Temple, vying to control the throne.

Following a prophetic dream, a high priestess of Paladine sets forth in search of a worker of miracles, one who can lead the way to the triumph of light over darkness: the Lightbringer, the true chosen of the gods. When the leader of the Silvanesti elves dies, conflict threatens to drive his sons apart. While Sithas wishes the elves to withdraw more and more from any contact with other races, Kith-Kanan and his Wildrunners forge connections and trade goods with the humans of Ergoth.

As the world of Krynn watches, a new elven nation rises from the strife. Is Raistlin truly dead? The answer lies in the new Dragonlance novella by Margaret Weis and Tracy Hickman, which gazes into the future of Caramon and his mage-son, and into the dark nether-past of Raistlin. Tales of sea monsters, dark elves, ice bears, hideous hydra-headed serpents, and loathsome draconian troops.

Further adventures of the kender Tas; the innkeepr Otic and young Tika; the dwarf Flint and Tanis, leader of the companions; Caramon and Raistlin, twin brothers, one, a genial warrior, the other, a sickly magician and scholar. Dhamon Grimwulf and his band of mercenaries greedily eye a long-forgotten treasure concealed beneath a grassy plain.

Legends promise riches too numerous to count, wealth too grand to be believed. But in a shifting world of secrets and deception, such fortune comes at a high price, higher even than the searing agony Dhamon suffers under the curse of a dragon's scale. Much like the previous book, while I enjoyed the story and this one is a stronger story than the previous , I find the explanation for why Dhamon has become what he is to be very weak and not believable.

I'm also not fond of most of the characters, Rikali in particular.


Also similar to the first and the previous trilogy , the narrator is good, but the mispronounciation drives me crazy. All in all, I do recommend this book to Dragonlance fans, though it is far from Jean Rabe's strongest entry. I liked the 1st book, but I'm not sure I like where the story is heading. I can't wait to find out though. So, on to book 3: Redemption. I was shocked at moments, and appreciative of the clever writing. I knew this was going to be terrible based upon other reviews and also from listening to the first book in the series.

I only listened to this because my goal is to make it through the main dragonlance story line.